A Permanent Place for the Arts: the Imaginists 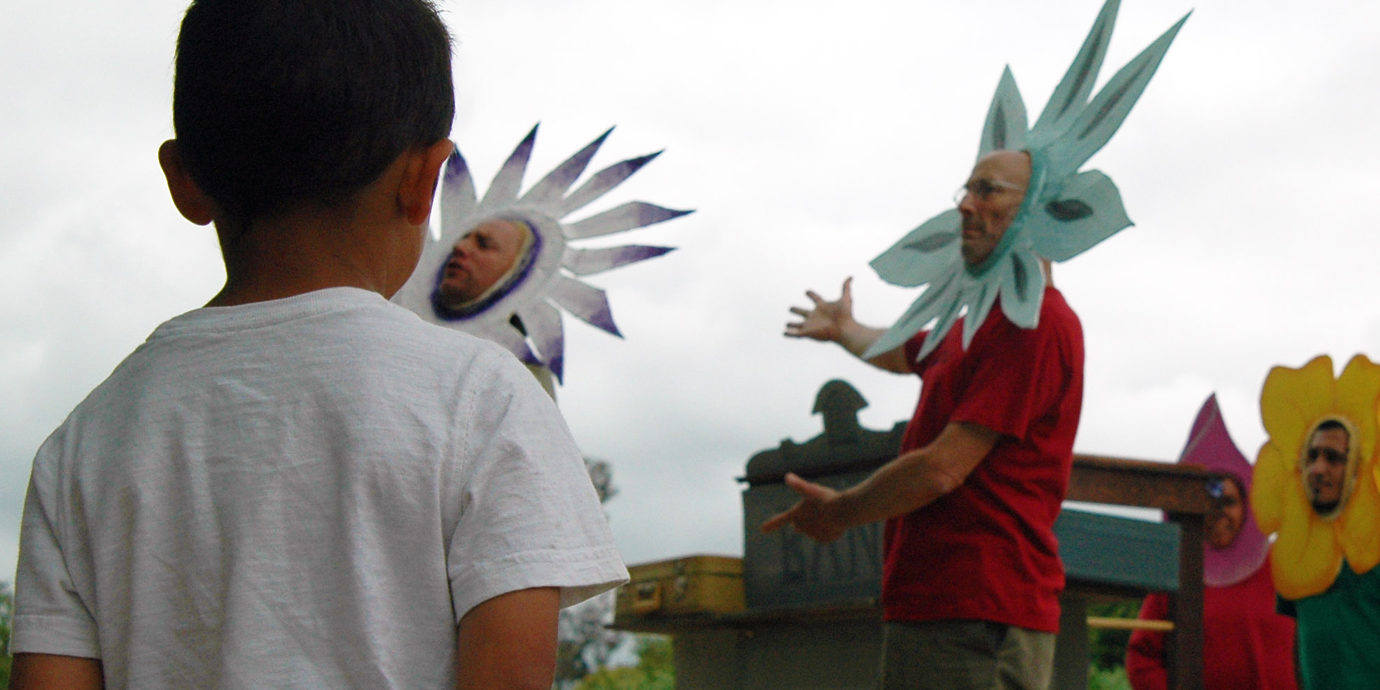 Working at the convergence of art, social justice, and community-building, the Imaginists create new pathways for inclusion within the arts. Co-founded in 2001 by artistic directors Brent Lindsay and Amy Pinto, this experimental nonprofit theater company engages youth and adults alike to write and produce original and reworked theatrical productions. With the organization’s mission deeply rooted in the principle of creating original theater for new audiences, the group employs a number of educational tools and programs to empower the community to use theater as a vehicle to tell their own stories, creating “place-based theater” that mirrors the real-life experiences and concerns of the community.

“The health of the arts depends on everyone’s involvement,” said Lindsay. “Theater allows us to provoke discussions in our community that expose people to different experiences and narratives.”

The organization’s home base is nestled in the agricultural community of Santa Rosa and serves more than 1800 people annually. In an effort to increase access to the area’s diverse community, productions are staged in both Spanish and English and are offered on a sliding scale that allows audience members to pay what they can. The theater company also provides a number of educational opportunities including in-school theater programming, after-school workshops, paid summer apprenticeships, and mentorships.

In 2008, the Imaginists moved into their current location on Sebastopol Avenue. After nearly a decade of calling this space home, they received notice from their landlord that their building was being sold. Facing eviction, the organization began to imagine the possibility of buying their facility and turned to Community Vision’s consulting team for support in navigating the process.

Soon after, in Fall 2017, Santa Rosa was among many of the Northern California cities hit hard by a series of wild fires. It their wake, half of the organization’s staff and much of the community was left severely devastated.

“We were right in the middle of our capital campaign and we weren’t sure if we were going to be able to make it work. Even in the midst of the devastation, our space became a place of refuge; a meeting spot when folks had nowhere else to go,” said Lindsay. “In those moments we recognized that what our community needed most was for us to really anchor ourselves here and we knew that Community Vision was our partner in making that happen.”

With support from Community Vision’s consulting team, the organization increased its capacity, understood its position, and was ready to take on financing to help them achieve their goals. In early 2018, Community Vision provided more than $825,000 towards the acquisition of their nearly 5,000-square-foot facility and to bridge their capital campaign while the community recovered from the devastating fires.

“Arts education and participation is important for everyone because it fosters confidence-building and creates a pathway for people to exercise creativity and identity,” said Andrea Papanastassiou, Community Vision’s deputy director of consulting. “This is precisely why the Imaginists are such a powerful and important force within the community. Their work not only brings people together, but creates greater access to the arts, opportunities for self expression, and inclusion, for people who aren’t ordinarily afforded the opportunity.”