Aedan Koji Kitchen- A space for nourishing food and community 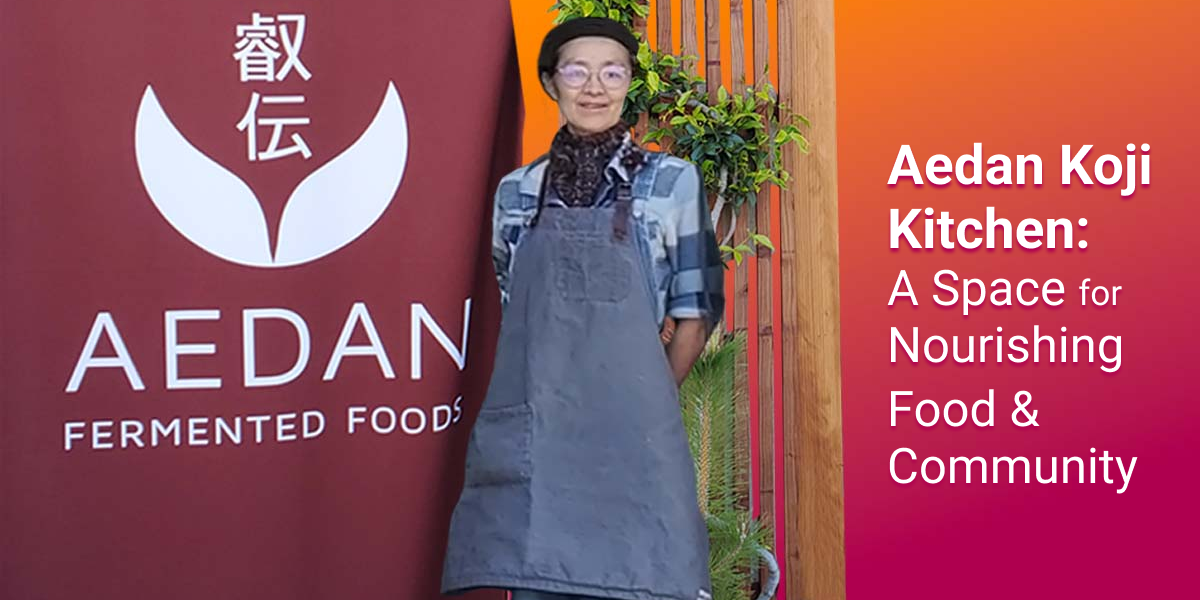 Mariko Grady is the founder and owner of Aedan Koji Kitchen, which specializes in handcrafted fresh koji, an enzyme-rich ingredient that is the starter for food products like miso and amazake. In 2011, Mariko began selling her miso to raise funds for people who were impacted by the tsunami in Japan. The growing popularity of her miso gave her the idea and encouragement to build a business around miso and koji. Mariko joined La Cocina’s business incubator program in 2012 and began developing her product line in their San Francisco shared kitchen.

In February 2021, after three years of researching different locations, Mariko found a storefront in San Francisco’s Mission District that includes a commercial kitchen and cafe space. By July 2021, she signed a 5 year lease and began working to get the storefront operational. Community Vision provided a $75,000 business loan for equipment replacements and renovations, as well as capital for any pandemic-related contingencies for business emergencies, improvements, or other support.

“Opening during a pandemic has been a challenge, but it is fate to have found this space. The loan has helped make it possible to realize our dream of opening our own kitchen” shares Mariko.

Aedan Koji Kitchen officially opened May 12, 2022 and sells a variety of products and prepared foods to go, there are also workshops offered on fermentation and other food preparation topics. Mariko plans to make her space available to other chefs, teachers, and people who would like to host pop-ups, workshops, or who need a meeting place. For her, Aedan Koji Kitchen is about contributing to a healthy environment through intentional relationships. This is why Mariko applies her local, handcrafted koji-making wisdom to how she runs the business. Mariko shares that, like koji, a business is unique to the local environment it is created in and requires consistent care to contribute to the vitality of life.

You can find Mariko selling her products at the Foodwise farmers’ markets on Saturdays and at Aedan Koji Kitchen located at 613 York St. in San Francisco.