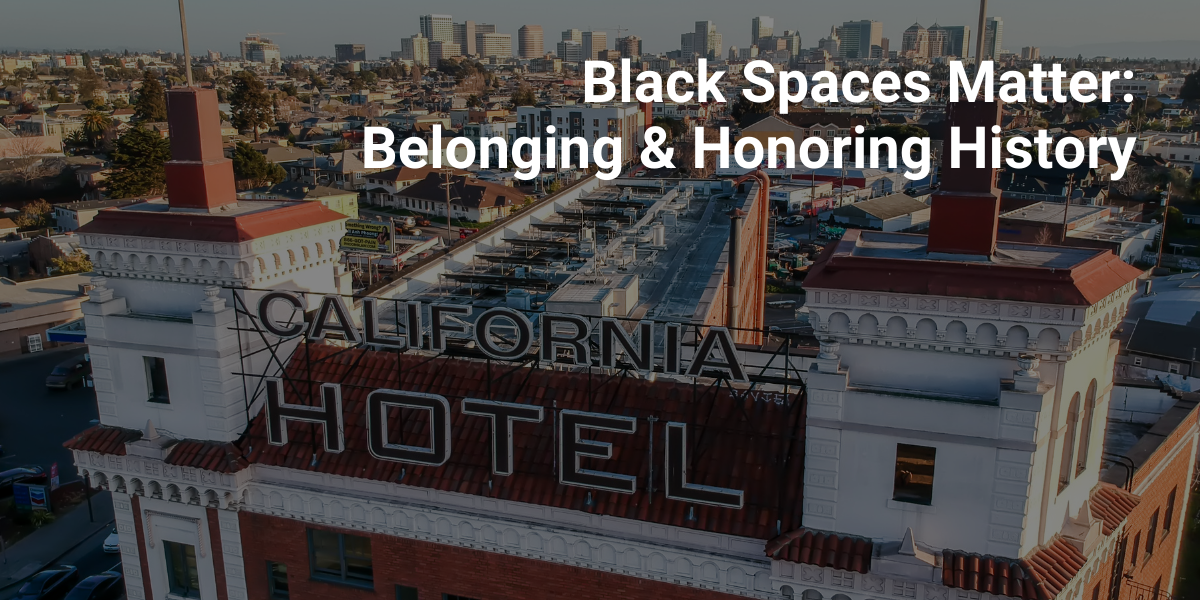 The Friends of Hoover-Durant Public Library (FOHDPL) is an organization rooted in Oakland’s Hoover-Foster neighborhood. The nonprofit is dedicated to restoring the neighborhood’s public library which was closed in 1981 after more than 100 years of operation. Due to misdevelopment and urban renewal in the 1970s and 1980s, and the construction of the 580, 980, and 24 freeways, businesses, organizations, and residents were forced out of their homes; including the neighborhoods two public libraries.

The Hoover-Foster neighborhood carries a legacy of Black Southern migrant culture that continues to inform social justice movements worldwide, and made Oakland a center of race, class, and gender activism. In 2020, Community Vision awarded a Black Liberation Grant to support FOHDPL’s Black Liberation Walking Tour, a cultural asset mapping project that documents and shares the rich history of the Hoover-Durant neighborhood.

The walking tour re-imagines the concept of a public library from a contained space and time to one that is living and accessible in multiple forms. It includes visual, spoken and augmented reality narrative of the public art, businesses, and historical landmarks in the neighborhood, and preserves and honors these spaces as a testament to the historic and ongoing contribution of Oakland’s Black community.

“This project is about building solidarity between newer residents and those from here. We will express and document our stories of belonging and of our culture so that people coming to West Oakland know the power this neighborhood holds. Creating a culture of belonging and inclusion is key because it challenges the weaponized narratives of gentrification. We are all living here now, and we need to build bridges not barriers.” – David Peters, Project Director for the Black Liberation Walking Tour

The Black Liberation Walking Tour launched on Juneteenth with an in-person tour of historic sites in the Hoover-Durant neighborhood. The tour can also be found online, which includes photos, stories, and self-guided maps.