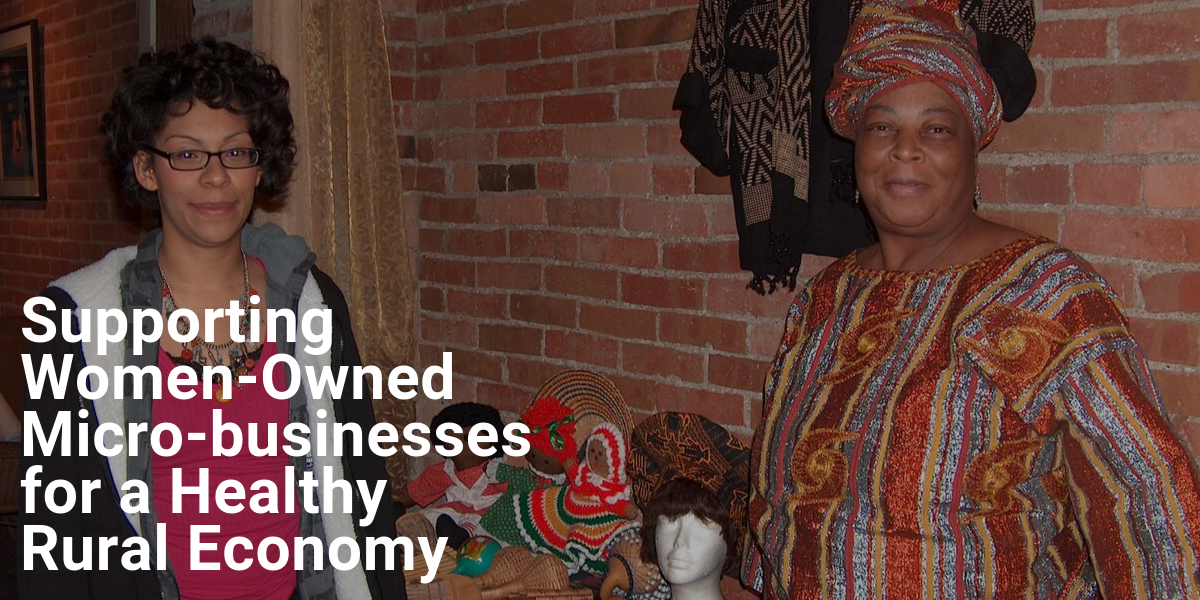 With more than 20 years of experience in rural micro-business development, the Jefferson Economic Development Institute (JEDI) doesn’t subscribe to the dire predictions about the declining economic future of rural communities. Rather, JEDI’s experience serving micro-businesses demonstrates the opposite — that a growing number of individuals, especially women, are starting businesses to supplement their incomes or to cover basic expenses for their families. The reality for many people living in California’s far northern counties is that long-term and fulfilling career options can be hard to come by; therefore, self-employment is sometimes taken on as a survival strategy. In the last two decades JEDI has supported the creation of more than 700 businesses. The organization’s offerings are designed to meet people where they are by increasing their capacity so that self-employment is not only about survival, but that it is a path towards dignified employment and better wages.

In serving thousands of entrepreneurs JEDI has a solid understanding of the economic challenges and micro-business needs residents of the area face. The organization offers a variety of services, programs, and events, both in person and online, in financial management, marketing and communications, securing government grants and contracts, and much more. The increased demand for JEDI’s services in micro-business development is backed up by findings from the Labor Market Information Division of the California Employment Development Department’s 2017 study, “Targets of Opportunity.” The study covers Siskiyou, Shasta, Trinity, Humboldt, and Del Norte counties and found that there is ‘strong entrepreneurial activity’ in the region. Further, the study noted that many non-employer firms (often self-employed individuals operating a sole proprietorship that may or may not be their full source of income) grow into businesses that create jobs for local residents. These findings affirm JEDI’s philosophy that when micro-businesses are supported in their growth and development they can become important economic drivers for the community.

JEDI works with any individual who needs support for their micro-business, regardless of how one identifies themselves; however, their strong focus on women entrepreneurs is intentional because as JEDI’s executive director, Nancy Swift, points out, “Women are starting businesses at the greatest rate, yet they receive less than 10% of start up investment.”

Ensuring women have access to resources to support their business development needs is an equity issue. Not only do women receive far less start up investment than men, but there is also the gender pay gap that keeps women at an economic disadvantage compared to their male counterparts. Generally, our society does not create spaces in which women are seen or valued as business owners; which can condition women to create their businesses from a less empowered stance. Through education, outreach, and access to capital, JEDI works to change these misconceptions.

In 2014, the U.S. Small Business Administration designated JEDI as a regional Women’s Business Center (WBC); 1 of only 100 in the country. The designation opened up additional state and federal resources that made it possible for the nonprofit to expand into a second facility in Redding. Originally housed in their Mount Shasta headquarters the WBC was relocated and held its grand opening at the Redding office in March of this year.

Speaking about the benefits that the designation has brought to JEDI, Swift also uplifts that the WBC was chosen as a key partner in a regional economic strategy for micro-businesses impacted by wildfires in late 2017 and early 2018. Along with four other Northern California nonprofits, JEDI received funding from Wells Fargo to develop trainings that serve industry needs in the sectors laid out in the “Targets of Opportunity” report, and to specifically tailor the trainings to meet the needs of women entrepreneurs.

“The demand for and private investment into our programs are proof that when rural entrepreneurs are supported with the resources they need, then micro-businesses can build greater household financial security and local wealth.”

When JEDI approached our lending team for a line of credit to manage their cash flow from government reimbursements, we listened and understood their need for timely and unrestricted support. For a small nonprofit that works across four rural counties we know that grant reimbursement processes can lead to repercussions for the organization and their clients if the timing does not align with operational needs. Community Vision provided a $100,000 line of credit that helped ensure JEDI’s operations remained stable.

“Community Vision’s line of credit enabled JEDI to expand its services throughout Northern California’s rural counties. Our financing also assisted with the opening of a new Redding location and hiring of local residents. We are very proud to be one of JEDI’s trusted partners in advancing its economic equity goals for women and families.”