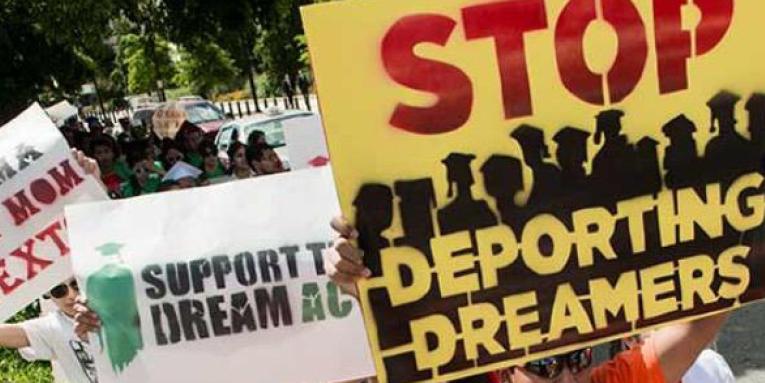 On Tuesday, September 5, the Trump Administration announced that it is ending the Deferred Action for Childhood Arrivals (DACA) program. Since 2012, the program has protected more than 800,000 undocumented young adults from deportation and has offered them the opportunity to continue to grow and thrive as deeply rooted members of their communities. Since the initial announcement there has been even more uncertainty brewing around the issue.

The threat of this program ending is an assault on the very values upon which we operate – inclusive community, human rights, and social justice. Community Vision stands in solidarity with our immigrant partners, clients, and community. We commit ourselves to joining with community allies in the fight against the oppression of our neighbors.

Founded by the Obama Administration, the DACA program allows young undocumented immigrants who entered the United States as minors (often called Dreamers) to receive work permits, apply for driver’s licenses and IDs and obtain a renewable two-year period of deferred action from deportation. This program gave young people the opportunity to live, work, and build their lives in the United States without fear of deportation. You can learn more about DACA here.

While it is unclear what will happen next, we urge you to take action now. The Trump Administration has given Congress until March 5, 2018 to pass legislation on this issue. Here are a few concrete actions you can participate in: