Berkeley nonprofit responds to city homelessness with dedication and compassion 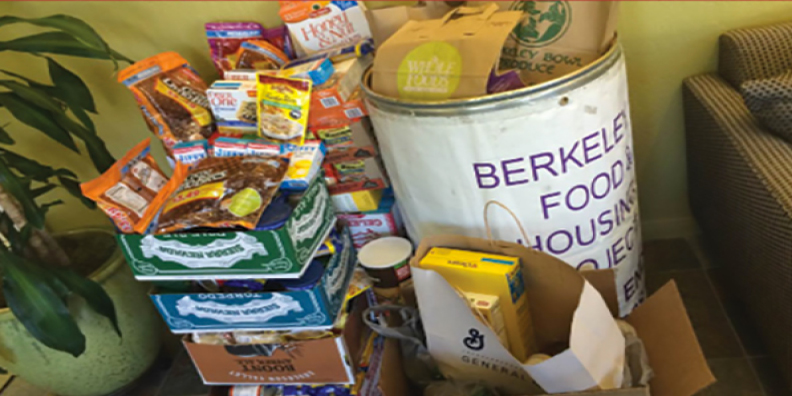 For more than 45 years Berkeley Food and Housing Project (BFHP) has provided a holistic range of services to support homeless individuals and families. The organization offers housing, food and support services and is often the sole point of entry for anyone seeking homeless support services in Berkeley. Founded originally as a soup kitchen, the BFHP has grown to meet the growing needs of Berkeley’s homeless population.

BFHP provides critical services including community meals, emergency and short-term shelters, chaplaincy, and supports people by meeting their basic and immediate needs. The organization works with people one-on-one to address their underlying causes of homelessness, and works collaboratively with clients and partners to develop realistic, holistic, and sustainable solutions that will support people in achieving stability, wellness, and safe, permanent housing.

Operating out several service sites throughout the city, BFHP serves over 2,000 people each year. The organization runs the longest-running community meal program in the city, distributing over 100,000 meals annually. Given that Berkeley’s unsheltered homeless population has increased by 53% since 2009, BFHP’s work is especially critical for the area.

“We’ve seen more people are becoming homeless because of the area’s rising cost of rent among many other contributing factors,” said Terrie Light, BFHP’s executive director. “The time it takes to find people housing has increased drastically. There is just so much competition for what’s on the market.”

Earlier this year Community Vision provided BFHP with a $225,000 working capital line of credit to help the organization manage its cash flow and fill in gaps from government contracts.

“Berkeley Food and Housing Project provides critical services to homeless people in the area,” said Ross Culverwell, Community Vision’s Chief Lending Officer. “We’re pleased to have the opportunity to support and partner with the organization in this way.”